I always hear from people I discuss my business with that it is so great for me but they don’t have time, which I hit on before, but also that they don’t anyone who would buy from them.  I felt the same way when I started, but I also was prepared to find new people who needed awesome products so I didn’t let it stop me.

But what I quickly realized is the people I knew already did, in fact, want to buy from me!  Most were crazy excited when I mentioned my new venture and jumped all over it!  So, I was pleasantly surprised to have a built-in customer base!  I was so afraid they would think I was being salesy or pushy that I didn’t immediately mention it to those I saw regularly but thanks to my sister, everyone found out!  So while I intended to find strangers to sell to, my friends and coworkers ended up buying a good bit so I was doing much better than expected because I completely didn’t count on those extra sales!

Everyone has friends that want to help them.  Case in point-a good friend of mine that has bought from me since my very first order, as well as brought me tons of referrals over the years, always told me she just liked helping me out when I would mention starting her own business.  And I certainly enjoyed those orders and all her help!  But recently, she made a comment that opened a door to discuss the opportunity again.  Long story short, she joined the next day!  I was so excited for her and knew she would do so great, but she was concerned she wouldn’t hit her first incentive goal because there was only one week until her order day.  I told her she will at least double what she brought to me normally and she looked at me like I was crazy, which is totally fair!  But I explained that the folks she brings me orders for don’t personally know me, they just like the product and know she can get to me.  But the moment she goes to the same group of people and announces she is now the rep, her friends and family will be so excited for her and want to help her that they will end up placing more orders than normal.  She still thought I was crazy but said she would let her friends know.  The week passed and she didn’t double the normal orders she brought to me…SHE TRIPLED THEM!!  The sheer joy on her face and the pride she had in herself was amazing to witness.  Moments like that make me proud to do what I do.  So, moral of the story, everyone knows someone and if you have friends, you will have customers!  When the fee is $25, what exactly do you have to lose??  Go start now here! 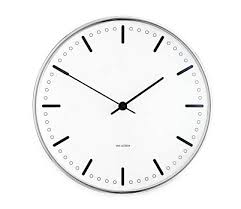 I think it’s fair to say we are all guilty of spewing the ole, “I don’t have time for that,” line, especially when being asked to do something we don’t want to do.  But from time to time, I have to evaluate what I am doing that leaves me with such little time.  For instance,  I told hubby I didn’t have time to put the laundry away, I was just swamped.  However, as I replay the day in my head I recall scrolling FB for quite some time after making my necessary calls and texts in the morning…. 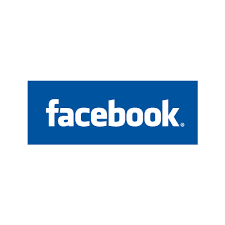 I hear people constantly saying they need extra money, but when I approach them with my fabulous opportunity the most used rejection is, “I don’t have time for that.”  Those same people continue to complain about their financial situation while also posting on FB how they binge watched three seasons of their new favorite show in two days and send me requests for extra lives on games I didn’t even know existed.  I get it, those games are addictive and that is exactly why I don’t play them!  I have folks say they don’t have time for a skincare regimen.  Well, it takes all of a minute to wipe your makeup off with our wipes and another minute to throw on some moisturizer but hey, if you want to deal with the deep wrinkles later because you didn’t want to head to bed a few minutes early, that’s ok, we have a cream for that, too!

I began my business while I was working a FT job and my kids were one and five.  Yes, I had to fit it into an already hectic schedule, but at the time we needed a little extra for bills so I made it work.  Over time, the business turned into something so much more for me.  It became an opportunity to not only be home with my children, but continue to contribute to my household financially.  Eventually, with some planning, scheduling, and lots of great people along the way I left that job.  Now, do not mistake the term “work from home” as “chilling at the crib”.  I still have to work, I just get to do it when I want.  And when I say work I mean talk on the phone with friends while collecting their orders or chatting with a new team member about how they can earn some extra or make a plan to be home with their children.  So, next time you are about to complain about your situation, stop and think about how many hours you spend on TV, FB, or the worst…Pintrest…If you have 5-10 hours a week, you have time to build a business.  And for $25, what do you really have to lose?  Curious, click here and complete the form!

So the first week of the kids on summer break has come to a close.  Shockingly, I am still alive!  In fact, it went better than expected!  I set a few chores, or tasks if you will, to have them work on daily to earn their screen time and to keep them entertained while momma got business done.  For the last nine months, I worked on a schedule which consisted of them being at school for six hours every weekday and then would pick up team trainings and calls after the hubby came home from work.  So, I admittedly was concerned that them being here all day everyday was going to slow down progress on the business.  That was quite opposite of how the week went!

Our first day, they both popped from bed and did their first set of tasks then came to the kitchen for breakfast.  They then both picked up their rooms, helping each other at that, read, colored, drew, went outside, and helped momma prepare dinner.  They did this again the second day.  All the while, momma scheduled deliveries, helped a few online customers, completed some YouTube videos (subscribe to my channel here so you don’t miss anything), and helped some new team members get their new orders entered.  The kids did catch a break when I made deliveries by heading to a friends house and to see their Nanny, my momma.  I even squeezed in a celebration dinner with our team on the south side of town, but the long day and drive were so worth it!  We wrapped up our week by enjoying some bowling with friends and a few more customer visits.  All just in time to grab some carry out pizza and enjoy my favorite show.  So, I survived the first week of summer break and I believe the kids had a great time.  I can’t wait to do it all over again next week!

If you need a change, I’d love to help.  Be sure to visit the Contact Me tab and send me your info so we can chat!  Or, if you know what you want to do, click here to get started now!

I started my journey in October of 2012. I was working a full time corporate job, had a one year old, a five year old, and my awesome hubby! Even though I was a supervisor at my job and was paid well, we were like most other families who just needed a little extra but the hubby said no to an outside job in retail. I had checked into my business before and decided to give a shot. I no longer work at that corporate job but enjoy being a Beauty Boss Momma! I get to enjoy earning income for my family while being a stay-at-home-mom. I earned a trip to Orlando, a trip the Bahamas, and countless bonuses and rewards! I am living proof that you can have the best of both worlds!